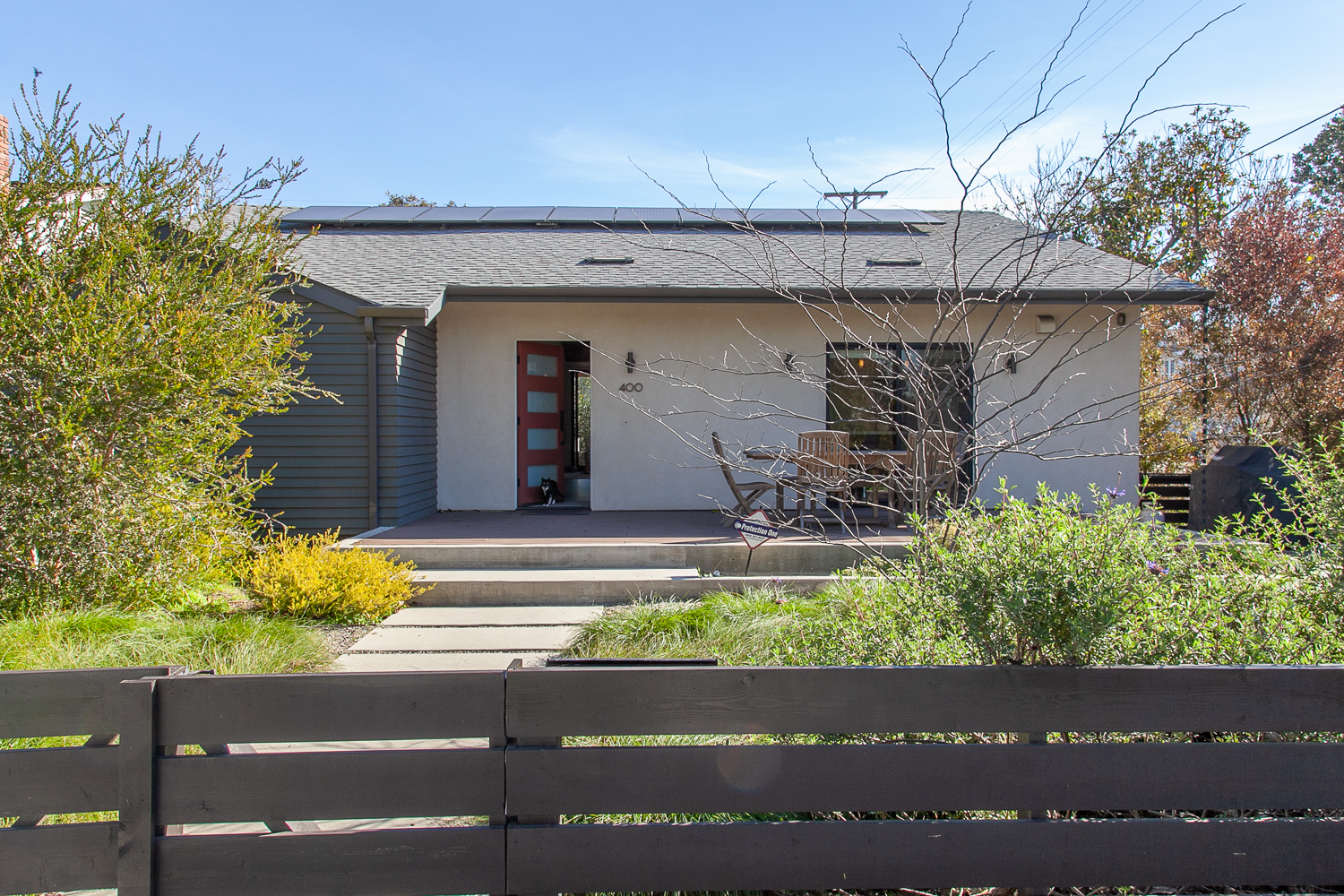 I met Nick Brown, through Robert Fortunato with Green Idea House I previously wrote about, when I joined the team of volunteer advisory board for Thomas Fire Resilience Rebuilding Initiative.  We were both there to help the victims of the wild Thomas Fire in Ventura County.  I was excited to learn that Nick and his wife Holland renovated their home to be a green home!

Nick and Holland Brown settled in Long Beach and started a family when they moved to California. Nick, who has been in the construction material industry for many years, and Holland, a writer specializing in sustainability, had a dream of living in a home that is kind to the inhabitants both human and animals. In 2014, they sold the big house they were living in and bought a modest size home comfortable enough for 4 people to live in. Their journey of realizing their dream began.

They were able to get cooperation from the City of Long Beach, which has a goal to reduce the energy and water consumption in the area, and the local utility, Southern California Edison. Their home renovation process became a unique case study. Their main objectives were to 1) reduce the energy consumption by renovating the utility infrastructure of the house; 2) improve the indoor air quality with sophisticated monitoring and filtration systems; 3) minimize the water usage by managing grey water (mainly used water from laundry) and plumbing fixtures such as low flow faucets; and 4) to prove that these things can be accomplished without incurring excessive costs. The element that the Browns most passionately worked on was the indoor air quality because their two daughters had allergies, and it was their utmost concern to create a home where they can breathe easily. The filtration and ventilation systems were designed to remove maximum amount of pollutants from outside to realize that.

In order to make sure the construction would keep moving forward in a timely manner, the Browns lived in an RV parked in the backyard while the renovation is going on. During the process, both Nick and Holland kept up a blog to share the progress. They also opened their home under construction to invite the neighbors to show what they’re doing. 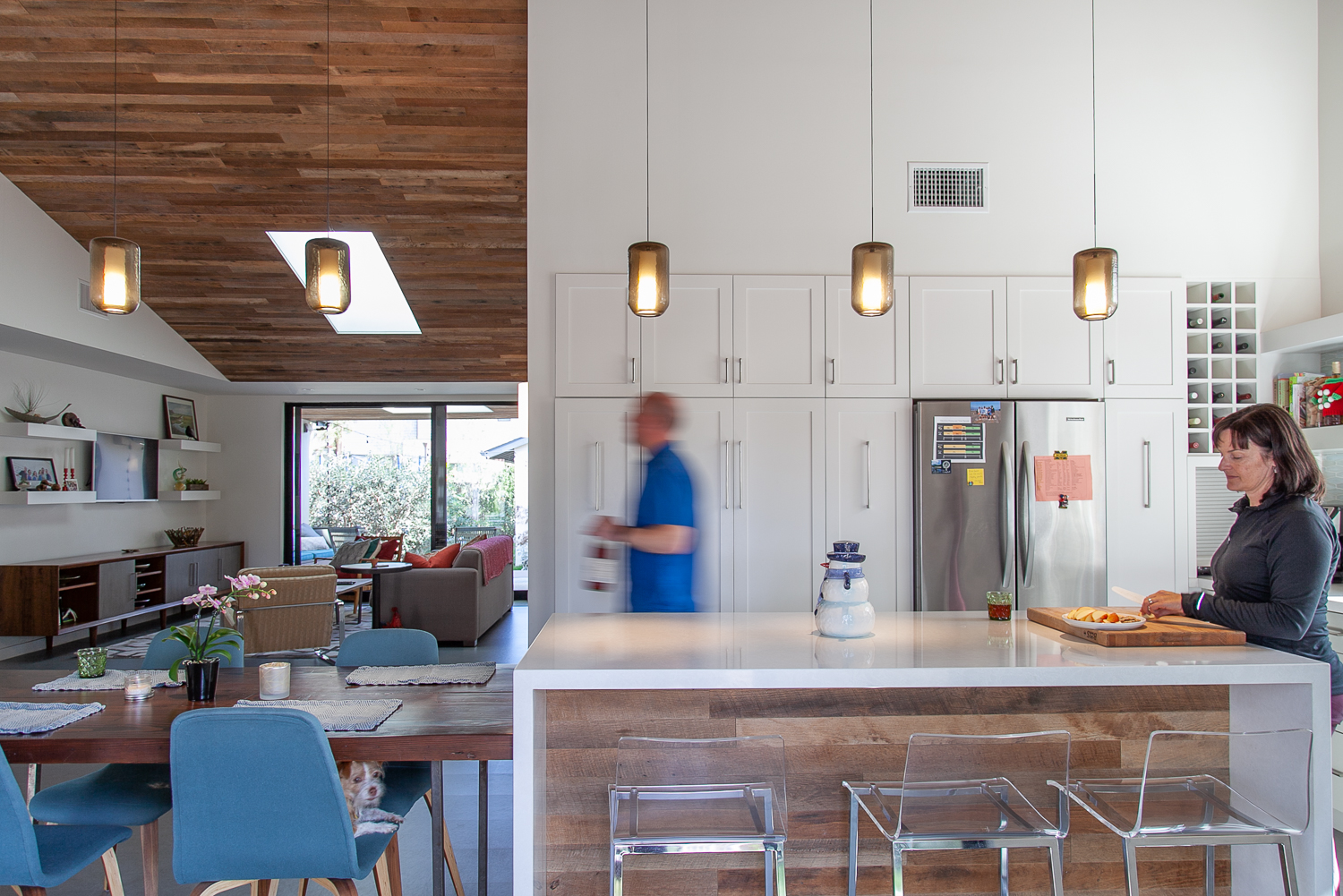 As a result, they completed the “Net Zero Nest.” The solar panels on the roof generates more than 6000kw annually, which is more than the family consumed. This allowed Nick to purchase an electric car, which is charged by the surplus of power generated by their own panels. They also used all “sustainable” materials for the interiors from the ceiling panels, kitchen cabinets, and the paints. For the landscaping, they planted California native plants, which are not only drought tolerant but also fire retardant. The deck outside the kitchen became a friendly space where they get to meet and talk with neighbors that are passing by. A few years after the house was completed, they still offer a home tour to the local middle school students to learn about “sustainably designed home,” and they happily reports the kids really enjoy it. Both Nick and Holland continue to share and educate about technology and wisdom they learned in their renovation process beyond their own neighborhood. Let’s spread the inspiration!

Previous
Why Do You Want to Live in A Green Home? Next
Easiest Ways to Make Our Home Greener

Thank you for contacting us, we'll get back to you shortly.

Sorry, we are unable to send your message at the moment. Please try again later.

How Green Is Your Home?

Thank you for your inquiry. We would love to help you! We will be in touch soon!

Sorry, we are unable to send your message at the moment. Please try again later.